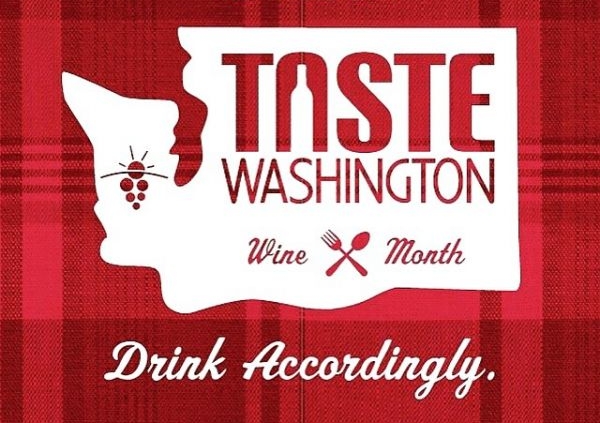 Washington State is now ranked the second largest wine producing state in the United States, behind California. With over 850 wineries, more than 350 wine grape growers, and 40-something grape varietals, all from 13 distinct American Viticultural Areas (AVAs), this news certainly comes as no surprise! To celebrate their success, the Washington Wine Commission has designated the month of March as “Taste Washington Wine Month”, and even though we are in Missouri, we can still play along!
Classique Wines and Spirits is thrilled to represent some of the best wineries that the State of Washington has to offer.

Family owned and operated Dunham Cellars uses grapes from some of the finest vineyards in the Walla Walla, Yakima, and Columbia Valleys. When their first vintage, a 1995 Cabernet Sauvignon, was released it was deemed one of the finest wines made in Washington by Wine Enthusiast magazine. Subsequent vintages and varietals have also earned high marks with both wine writers and consumers.

Jones of Washington, another family owned and operated winery, was awarded the Washington Winery of the Year in 2012 by Wine Press Northwest. Originally potato farmers, the Jones family planted their first vineyard on the Wahluke Slope in 1997, and the first grapes were sold to a large Western Washington winery looking to expand their production. In 2001, the family was bitten by the wine bug and Jones of Washington Winery was born. The family is dedicated to making great wine that consumers can afford to enjoy every day, not just sometimes.

One to try: Jones of Washington Pinot Gris from the Ancient Lakes AVA.

Walla Walla’s Sleight of Hand Cellars was hailed by Seattle Magazine as one of the “Next Cult Wineries of Washington State”. WinemakerTrey Busch works very hard to maintain that status & the scores that his wines have received from Wine Enthusiast, Wine Spectator, and Robert Parker’s Wine Advocate have validated his efforts repeatedly.

One to try: Sleight of Hand Cellars “The Conjurer” – a blend of Cabernet Sauvignon, Cabernet Franc, and Merlot. Not only is the wine delicious, but its label features the actor Neil Patrick Harris. That’s just fun.

Owen Roe Winery burst on to the Washington wine scene with their 1999 vintage and hasn’t stopped since. They are unique in that they make highly acclaimed wines from both Washington and Oregon. Their second label, Corvidae Wine Company, produces “suspiciously terrific” value wines from the region as well.

Zero One Vintners was founded in 2006. They are focused on making a limited number of wines, sourcing their grapes from established growers in the Columbia and Walla Walla Valleys, and delivering excellent quality for the price.

One to try: Zero One Vintners “Golden Delicious” Columbia Valley Riesling. It’s crisp and off-dry, perfect for almost any meal.

Classique Wines and Spirits is proud of all of these wineries and very excited for our customers to enjoy their wines…not just in March, but all year round!

The Farm Winery Coming to Missouri
Scroll to top